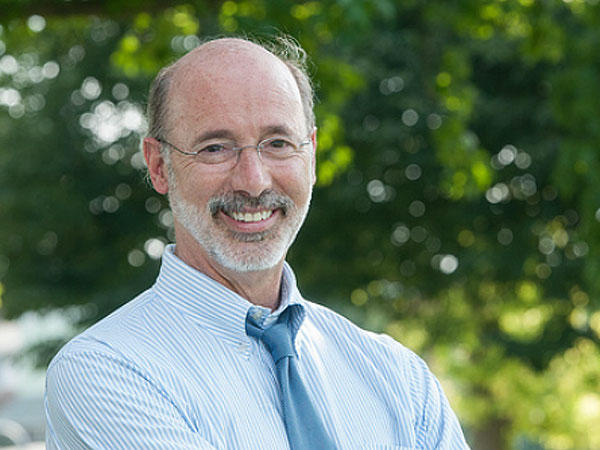 Besides having more than quintupled the size of his family business, the Wolf Organization, a distributor of lumber and other building products, Governor Wolf has a long record of public service As Secretary of Revenue in Governor Rendell’s cabinet, he instituted reforms that grew and strengthened the state lottery and laid the foundation for millions of dollars in additional benefits for seniors. He has chaired York County United Way, the York County Community Foundation, and the York College Board of Trustees. He has also been active in the York Jewish Community Center, the Memorial Hospital of York, and WITF, a regional public television system. In 2014 he carried Chester County by some 5,600 votes on his way to being elected Governor by the very substantial margin of almost 10%. In office, Tom has fought to change Harrisburg. He has prohibited administration employees from accepting gifts from lobbyists, reformed legal contracting to end pay to play, restored the one billion dollar cut to education made in the previous administration, expanded Medicaid, given more than 50,000 seniors the opportunity to age in their homes, and made Pennsylvania a national leader in fighting the opioid and heroin epidemic. Endorsed by PA AFL-CIO.

Ways YOU Can Make a Difference to Elect Tom Wolf!