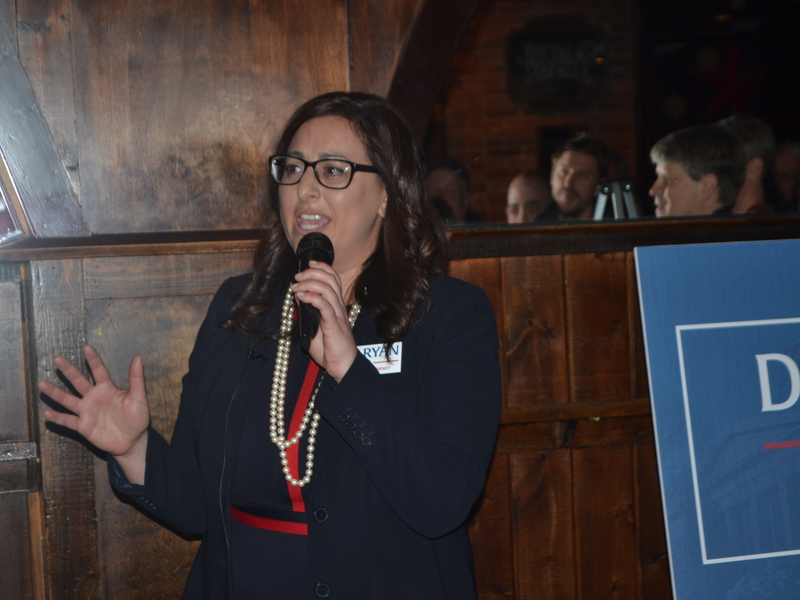 Ryan will run on the Democratic ballot in this May’s primary. If she wins, she will likely challenge Republican and current District Attorney Tom Hogan, who has been in office since 2011, in November.

When her colleagues in law enforcement first encouraged her to campaign for District Attorney, Ryan said she rejected the idea, but after experiencing a family tragedy, she told the audience that she began to reevaluate her life, and began to determine how she could best leave her mark on Chester County.

The inspiration to declare her candidacy, she said, was inspired by her grandparents, who were both survivors of the Holocaust. At a young age, she said, “I was taught the critical importance of advocacy and speaking up for those who can not speak up for themselves….