DEMOCRACY IS ON THE BALLOT

So, here we are – heading into the home stretch toward the Nov. 8 mid-terms that will decide the future of our nation. That is not an overstatement.

While there are many issues and we will mention a few elsewhere in this newsletter, there is one thing we need to be absolutely clear about.

Nov. 8 is the first test to determine if our now-fragile experiment with Democracy, begun when the first shot of revolution rang out on July 19, 1775, in Lexington, Massachusetts, will survive.

It has survived through wars, depression, struggles for human rights and yes, even plagues. Whether it will survive the attempts today of what used to be a legitimate political party remains to be seen.

The Republican Party of today, which now is the extension of one man’s ego, is challenging the very core of our Democracy – our electoral process. Polls show 70 percent of today’s Republicans now believe President Joe Biden was not legitimately elected. Republicans are seeking offices from local town councils, school boards, county commissions, up through state legislatures, governorships and onto the Federal level with one goal in mind – to make it more difficult, if not impossible, for those who oppose them to win.

This election really comes down to whether or not there will be free and fair access to the polls in coming elections. Will more and more citizens be able to access the polls regardless of their race, age, health conditions, place of residence, or will voting be limited and restricted to only those who can vote, in person, at a specific polling place on a specific day?

Will the doors of Democracy literally be slammed shut and behind them, will Democracy wither and die?

You hold the answer in your hand. You will speak with your vote on Nov. 8. You will speak for yourself and future generations. Say “yes” to continuing our grand and wonderful experiment.

Vote Blue, at every level. 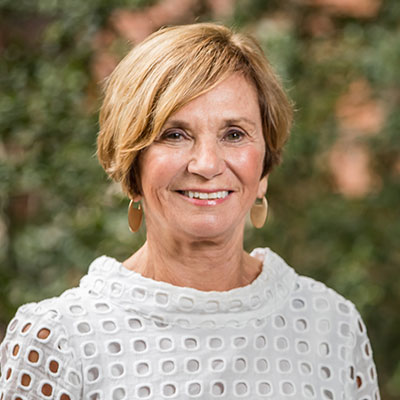 The clock is winding down toward the most important election of my lifetime (and that is a lot of years). On November 8, we will set the direction of Pennsylvania and the United States for many years to come. Will our democracy continue to flourish?  Will we, in Pennsylvania, protect the right to choose; have fair elections; enact common sense gun laws; protect our environment; and make decisions that improve the lives of all Pennsylvanians? Or will Republicans continue to legislate hate, start culture wars, and chip away at the foundation of our democracy?

I believe we will prevail. We will elect John Fetterman to the U.S. Senate, Josh Shapiro to the governorship, and send Chrissy Houlahan back to Congress. Just as important, we will re-elect Senator Muth and Representatives Howard, Otten, Sappey, Shusterman and Williams plus hold the 156th by electing Chris Pielli and flip the 160th, the 26th and the 13th by electing Cathy Spahr, Paul Friel and David Cunningham.

The campaigns, zones, CPs and volunteers have been working non-stop since early summer – knocking on doors, writing postcards and stuffing envelopes. We have just a few weeks left in our critical GOTV push– and if Democrats turn out, we win. It is on all of us to make that happen. The campaigns need volunteers to canvas. If you can give even just an hour or two, please contact your zone leader or your State Representative, State Senator or the Houlahan Campaign. Every precinct, every vote.

On October 17 the Bylaws Convention met for 4 hours.  The County Committee did its job and voted on the revisions in each Article of the Bylaws. All passed except Article III, which deals with the County Committee and the Reorganization Meeting. The passage of 15 out of 16 Articles is a major accomplishment and a step forward for CCDC. I commend the Bylaws Revisions Committee for  its six months of work and willingness to schedule five pre-convention meetings for discussion and input. The Committee was chaired by Liz Curtis Swain, David Rhoads, Secretary, members: Debbie Bookman, Alex Christy, Joe Heffern, Steve Jarmon, Hans van Mol, Michele Vaughn, and Nancy Wills. Kudos to all.

Last but not least, over 230 CCDC members attended the October 10 dinner with our special guests, LG John Fetterman, AG Josh Shapiro and Congresswoman Chrissy Houlahan. It was an inspirational evening. If you were not fired up after that evening, nothing will motivate you.

Thank you to all who came and to our sponsors: Amer Sajeed, Elisabeth Sajeed, Phoebe Driscoll, Wisler Perlstine, LLC, Tom Dunlap, IBEW 98, District Labor Council, Plumbers Local #690, Sheet Metal Workers #19, and Iron Workers #401. And of course I must thank Diane van Mol and Marcy Cornell for herding the cats (never do entrée choices for 200+ people) and Hans van Mol for creating the digital slide show.

We have less than 17 days to GOTV. I know Chester County will again deliver for all the candidates. While the national Republican talking points alternate between inflation and crime, they have no plans to address either, and their platform would instead be harmful to Americans, rolling back hard fought freedoms and policies that a majority of voters support.

President Biden’s and the Democrats’ policies of building strong infrastructure, bringing critical technology manufacturing back to our shores (67% support this), addressing drug pricing (83% support), beating COVID-19, cutting taxes for middle Americans, acting against climate change (65% support) addressing stricter gun control (59% support) have all been popular, yet Republicans choose simply to seek to destroy this progress. This would include refusing to raise the debt ceiling (for debt they largely caused) to force the crippling of the Social Security and Medicare safety nets that older Americans need.

If Republicans regain control of Congress, we can also expect to see bills introduced to further remove reproductive rights, despite the fact that the Dobbs decision has resulted in critical healthcare scenarios such as multiple cases of raped children unable to obtain abortions in their home states, girls and women unable to obtain medications to treat long-term illnesses because those drugs can also induce abortion, women diagnosed with cancer who cannot get treatment, women whose fetuses have conditions incompatible with life and who cannot terminate the pregnancy, and women whose health is at risk as they are unable to obtain the healthcare they need as they are miscarrying.

The fact is, most Americans reject the “MAGA Republican” extreme far right platform and support moderate and center-left Democratic Party positions; now is the time to see how they will vote.

YOUR ONE THING TO DO…

Make a plan to vote – will you vote in person, and if so, what time (are you positive that nothing will come up that keeps you from voting?)

If voting by mail, you should have received your mail-in ballot by now. Verify your status here or at vote.pa.gov.

If voting by mail or absentee ballot, be sure to sign and date the outside envelope and place your ballot in the secrecy envelope and then insert in the outer envelope. Drop boxes will open on October 25th.

If voting in person, the polls are open 7am- 8pm.