Another election season just ended November 2, with Democrats again delivering important wins across the County. Congratulations to the candidates, their campaigns, and the many volunteers who made calls, knocked on doors, texted, hosted fundraisers, and donated! 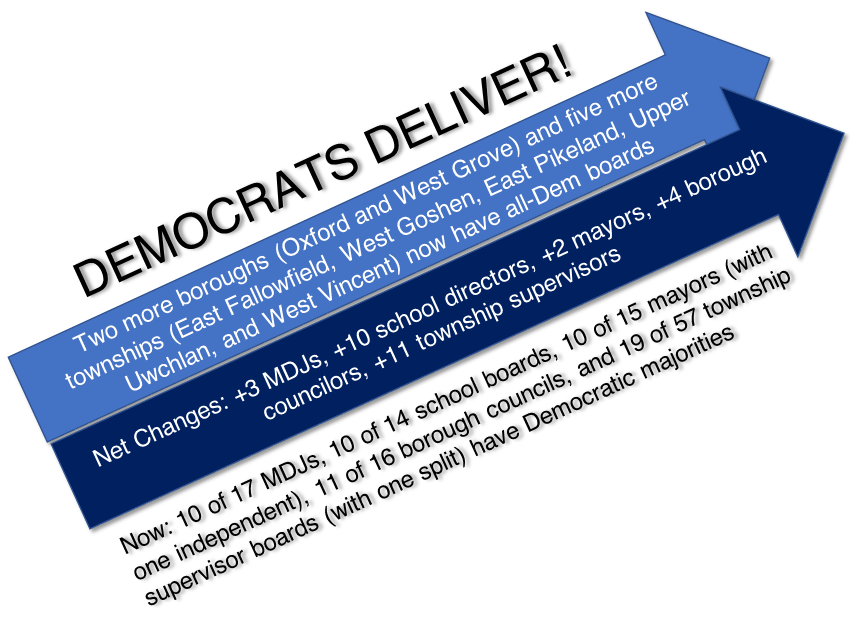 While not yet certified, the November 2 election results confirmed that voters continue to believe strongly in the Democratic Party, with many Chester County Democratic candidates earning big wins. From the four row office candidates to our county judicial candidates, from those running for township and borough council seats to those running for mayor or school director, Democrats ran strong, effective campaigns.

Despite incredibly nasty and dishonest claims and advertising by some Republicans, most (non-partisan) school director races were won by Democrats and moderate Republicans – a victory for common sense and reason.

How this Election Was Won:

We called out Republican attacks immediately. The Republican playbook, at least in these days of parroting Trump, is to take non-issues like diversity education and vaccine and mask requirements, and turn them into cultural wars and drive fear into the electorate. And in 2021, they simply attacked our candidates rather than explaining to voters what their candidates would do to improve government and our lives. Our plan was to not sit back and let this happen, but to be honest with voters about positions, policies, and progress, while calling out their lies. It obviously worked. We listened to our voters! 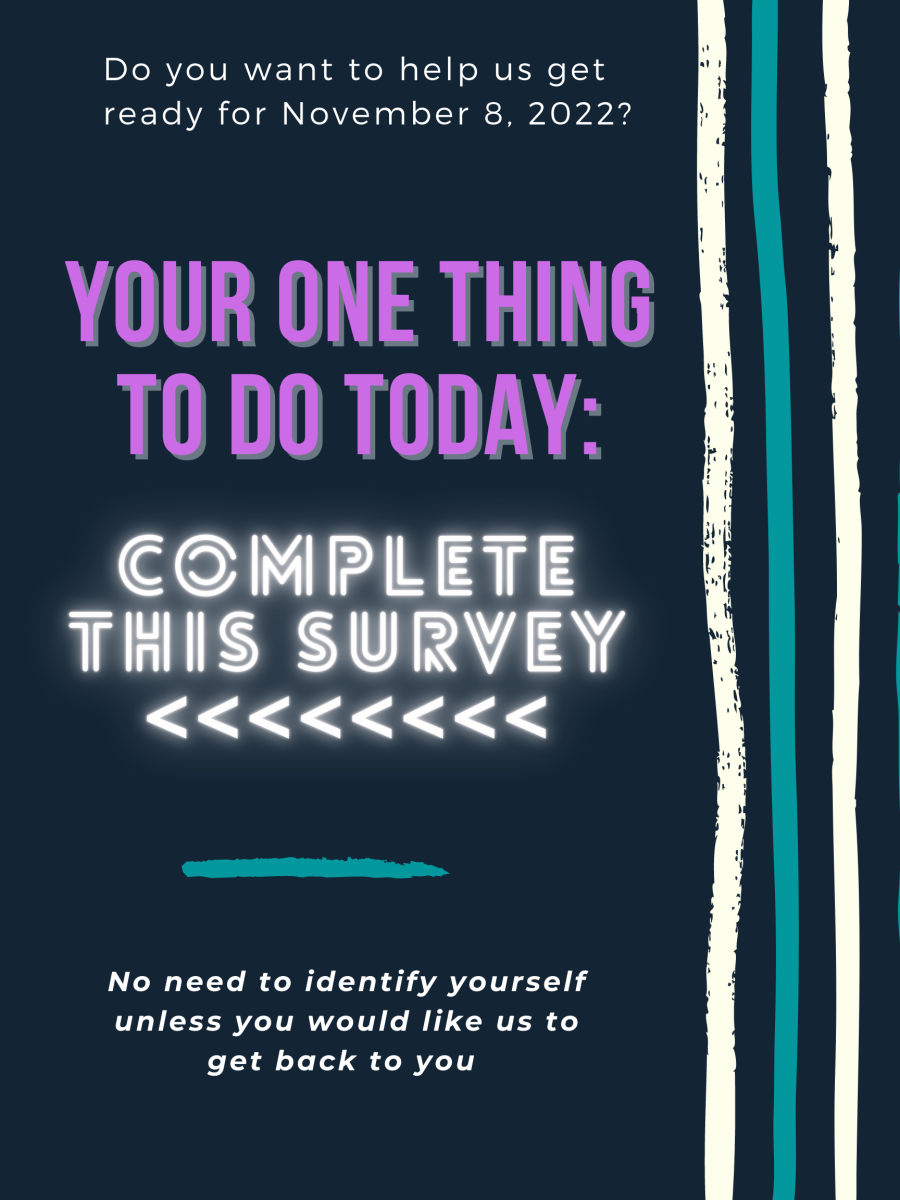 Help us prepare for 2022 by completing one of these two polls – thanks!

If you voted in person at the polls, please respond here

Election experiences vary widely in Chester County: many folks voted by mail; some polls are friendly and well organized; other polls have partisan behavior that ranges from uncomfortable to illegal. It’s pretty common for residents not even to be aware that some of what they see or experience are irregular. In an effort to be well prepared for 2022, we’re collecting data and would love your contribution as well as that of your Chester County Democratic friends & neighbors in this survey.

If you volunteered at the polls, please respond here

This is a more specific survey for you: poll watchers, campaign workers, CPs, candidates, and volunteer greeters. Please help us flesh out what you saw and heard on Election Day. We’d appreciate your sharing the link with your team so we can get the fullest range of feedback. Thank you so much!

Charles has been involved in campaigns for over a decade. He most recently served as Campaign Manager for U.S. Rep. Chrissy Houlahan’s (PA-06) successful re-election campaign. This month he joined the organization as a consultant to assist with fundraising and communications as we look to hire an Executive Director in 2022, and we welcome his expertise heading into another important election year. 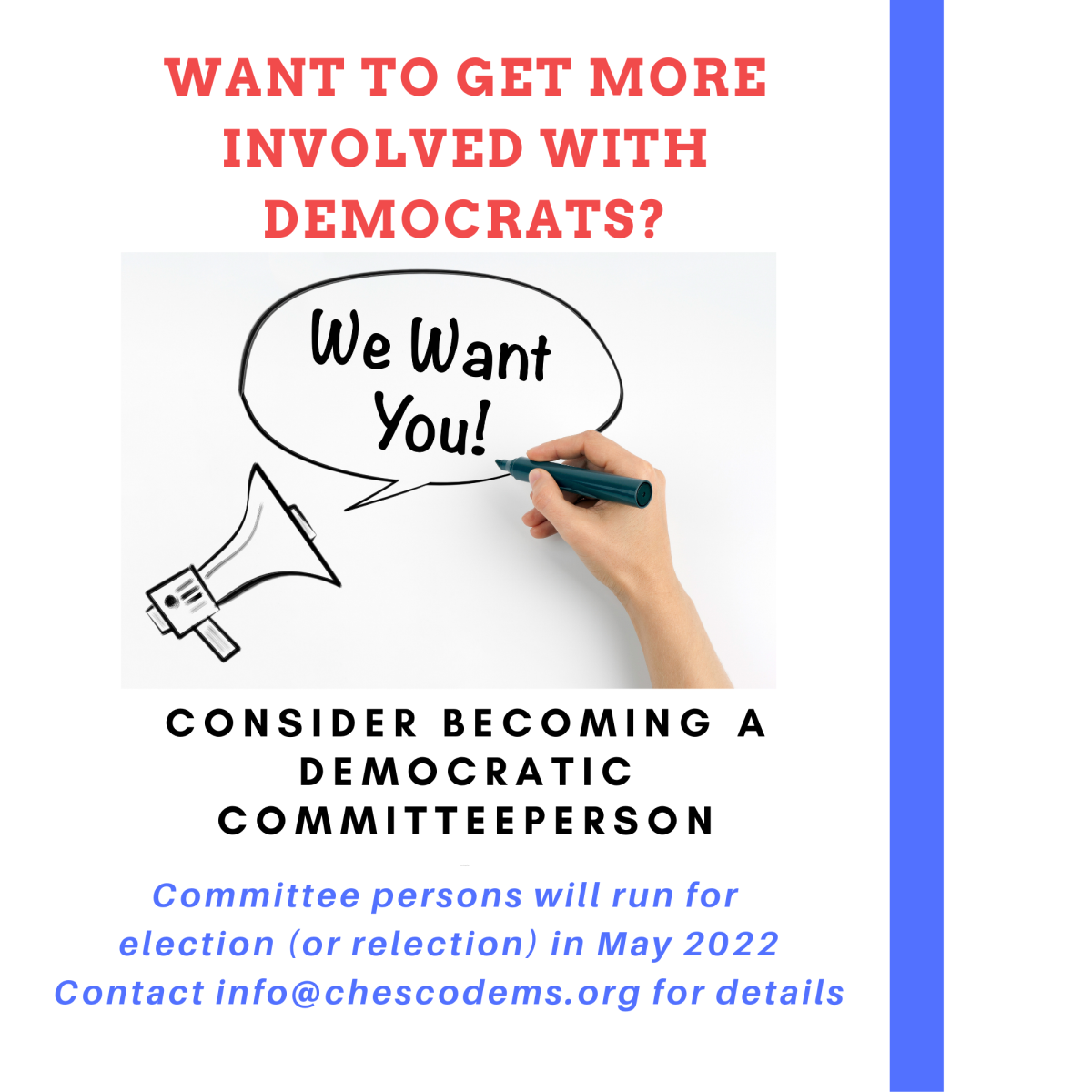 Redistricting is coming to Chester County in 2022

After the 2020 US Census, Pennsylvania is required to identify new US Congressional and PA Legislative Districts for state General Assembly and Senate seats. The process is intended to be non-partisan, although handing responsibility for drawing the new maps to a partisan legislature presents extreme challenges to fairness.

Clearly, Pennsylvanians would benefit from having maps drawn that create competitive districts where possible, keep districts reasonably compact, and split counties and municipalities as little as possible. Having these conditions met would ensure that residents can elect representatives that pay attention to the needs of their voters rather than outside interests and large donors, and that voters get to choose their representatives – rather than the other way around.

The process is complex, but ultimately it follows a legislative path, with the Governor needing to sign off on the result, the same as regular bills. If agreement can’t be reached, the State Supreme Court will have the final say on new districts. Fair Districts PA is a non-partisan group working towards having a non-political citizens commission draw the maps, but this has been blocked by the Republican legislature. See their description of the process and several impartial drawn maps here.

For now, CCDC is calling for full transparency in the ongoing process. As the events of January 6th showed, our future depends on ensuring that we have elected officials from competitive districts, who feel and heed a responsibility to ALL those they represent, knowing voters will kick them out for illegal, unethical, or antidemocratic behavior.

The Strategic Planning Committee has been meeting since February to help define an organizational structure, processes, and capabilities to carry us successfully well into this decade. Co-chairs Ashley Gagné and Wes Jamison have led a diverse and objective team of nine “insiders and outsiders” in this effort. The Committee has not limited its scope or vision, so we can expect to see some exciting new directions and ideas for CCDC to review and implement.

Please consider donating to these Chester County non-profits on #GivingTuesday, traditionally the Tuesday after Thanksgiving: