February certainly has lived up to the “wild ride” we mentioned in the opening to our January newsletter!

The Pennsylvania Supreme Court has placed a hold on redistricting and that means preparations for the upcoming May primaries are on hold. See our look at the impacts later in this newsletter.

We also are seeing more and more examples of just how important local elections are, and how important our efforts to increase our numbers of registered voters are. We are seeing lawsuits to prevent masks in schools and continuing to see intimidation of school board members over books and diversity teaching.

Meanwhile at the national level, the Republican use of the “big lie” continues to escalate while pressures mount on Donald Trump and the far-right wing from both federal and state prosecutors and the Jan. 6 Congressional committee’s work.

All of this means it is more important now than ever that we stay the course and control what we can control, which is to ensure Chester County continues to grow in “blue” and be a beacon for other counties. There is a lot of good news out there and we are going to share some of it with you in this newsletter.

FEBRUARY MESSAGE FROM OUR CHAIR 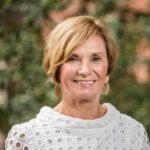 Not only has the weather been a roller-coaster ride, but so has redistricting. As of the writing of this message, Congressional and House Districts Lines are not finalized, and the election calendar has been suspended. Our planned Nominating Convention and Notary Party, not to mention the Petition Signing period, are postponed, creating more questions than answers.

Regardless of the fluid situation, CCDC is continuing to make and implement GOTV plans. The February Executive Committee meeting will concentrate on presenting those plans, answering questions, and hearing suggestions.

If the House District map remains the same as passed or there is some change, we know we face challenges in several districts and have an opportunity to flip at least one district, the 26th. CCDC will be actively working to support the incumbents in those challenging districts and also support the new candidates running in the 26th, 13th and 160th. It is the policy of CCDC leadership to remain neutral in contested primaries through the Nomination Convention. CCDC will 100% support all endorsed candidates following the Nomination Convention. All members of CCDC are required to support all endorsed candidates.

Messaging is a top priority. The Messaging Sub-Committee of the Communications Committee was formed to provide clear and concise messaging on issues and on the accomplishments of our elected officials. We will be working closely with our candidates to provide messaging for each district that targets local audiences.

In closing, please stay healthy and engaged. CCDC is not all work and no play. I have listed our events plans below. Several dates are TBD based on the availability of our guests. As always, please feel free to contact me with any questions or suggestions.

Thank you for all the amazing work you do,

The Chester County Prothonotary, Debbie Bookman, is leading a local voter registration drive for The New Pennsylvania Project, a (non-partisan) voting rights organization that is tailored after Stacey Abrams’ voter drives in Georgia that were so successful. The goal locally is to, as non-partisans, canvass predominately unregistered persons of color and youth turning 18 years old by Nov. 2022 in Coatesville and West Chester, where a list of about 4,000 and 900 doors to knock has been developed.

As part of Black History Month, we are encouraging everyone to help make history by participating in this program; the link to sign up is https://bit.ly/34xvvw9. There are different volunteer opportunities, and it is best to sign up for those you prefer, and the NPP coordinators will contact you with the information needed.

The group is canvasing on the first and last Saturday of every month until the November election. A (multi-lingual) script, turf, and training for canvassers is available via the NPP. Efforts do not end with registration – they will continue to engage with new voters after registration. It has been proven that new voters are most likely NOT to come out and vote if engagement is not ongoing.

Please contact the Chester County coordinators with questions or visit their office at 117 W. Gay Street in West Chester.

We shared some voter registration information with you last month and thanks to some deep diving into data by Alan Yockey we’ve got some more good news. But it’s good news that contains a challenge.

Democrats continue to be drawing more new Chester County registrants than Republicans or Independents. The data shows that our past hard work is paying off with more people leaving the Republican Party than our party. Not all of those are coming over to become Democrats; many drift into the Independent column. Our retention rate is the best of any large county in the state.

So, where are the challenges? Obviously, making those who leave the Republican Party feel they can find a comfortable home in our party. We also need to continue to increase our appeal to men. Democrats do well with women, not so well with men by comparison.

And, the real opportunity? Young people. More on that later in this newsletter, but this is a fantastic opportunity area. This graph shows current new registration numbers by school district by party. The data is trending well, but we can do better.

SO, ONE THING TO DO THIS MONTH… 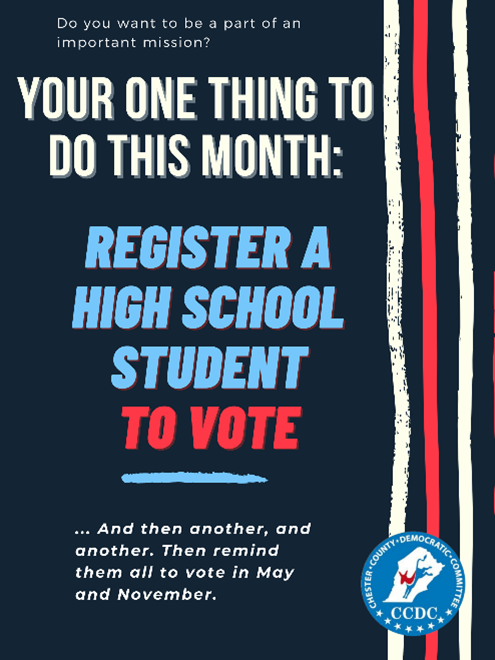 To be eligible to register to vote, students must be US Citizens and 18 years of age (or 17 years of age and will be 18 on or before the next election).

Regardless of the number of students registered at a school, the Department of State would like to celebrate efforts to register students to vote, recruit student poll workers, and get students interested in voting and elections.

YES, YOU CAN SIGN UP TO VOTE BY MAIL

Despite what you may have heard in the news recently, you can still register to Vote by Mail in Pennsylvania and should do so as soon as possible for the May primary. Act 77, which authorized voting by mail, has been challenged in court by the Republicans, most of whom voted for the law in the first place. Although the Republican-majority Commonwealth Court recently ruled it unconstitutional and a subsequent statement from the lead judge suggests it will end after the appeal, the matter is unresolved and now rests on appeal with the PA Supreme Court, a Democrat-majority court much more friendly to voter rights. Vote by Mail has worked well for Democrats, which is why the Republicans are trying so hard to overturn the law. So go ahead and frustrate a Republican – sign up to Vote by Mail!

AN UPDATE ON PENNSYLVANIA REDISTRICTING AND IMPACTS

Redistricting continues to be uncertain and ever-changing. I know at CCDC we are following the developments closely and will continue to update as we get information. In short, right now we are waiting on the courts to finalize both the Congressional and State House/Senate maps. There are legal challenges to both, and we should get clarity on those results soon.

The new legislative maps, especially at the State House level provide quite an opportunity, especially in the new theoretical 26th district. This would become one of the most targeted seats in the region should the map hold.

At the Congressional level, the Commonwealth Court, ruled by the Republican majority, issued a ruling recently that granted the map passed by the Republican majority in Harrisburg to be the ‘new’ congressional map. Governor Wolf has vetoed the map and the Supreme Court has issued a ruling holding the petition period until they determine which map will be used. 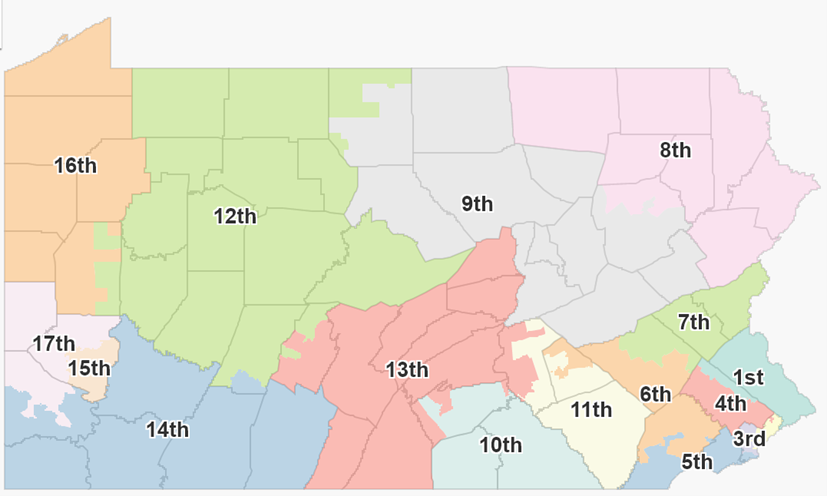 In another turn, a recent Federal lawsuit was issued that requested that since the Legislature and the Governor were unable to concur on a map, the Congressional elections be held on a State-wide basis rather than district by district. Going off an older Federal statute they are referencing:

I am not a legal expert, and while this sounds fascinating from an electoral point, it seems more likely the Supreme Court will step in and pick a map similar to what they did in their 2018 ruling that provided the current maps we have. While the petition period has been delayed, it is not yet certain when petitions will be, if they will be shortened from 3 weeks to 2 weeks, or if the Primary itself will be moved.

We will keep you updated and let you know how things turn out in the coming weeks.

2022 Election Calendar (*subject to change based on redistricting completion)