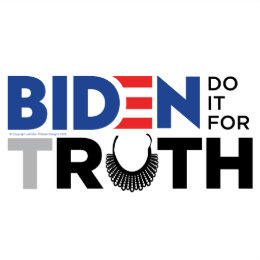 I’ve said it before but today I say in exasperation, what a week! We are living through a stop-the-presses daily onslaught of news. As we mourn the passing of Supreme Court Justice Ruth Bader Ginsburg, we just exhaled from holding our breath while the Pennsylvania Supreme Court made monumental decisions. Here are a few more takeaways:

As one of our active Democratic neighbors, we need you to be in-the-loop as things change. And I can tell you, many standard procedures in voting no longer apply! Share this knowledge with your family, friends and community. There is plenty of misinformation. Here’s what we know today:

Three decisions made by the PA Supreme a few days ago will have a direct impact on the outcome of our swing state.

The court will allow counties to accept ballots that arrive up to three days after the election, as long as they’re postmarked by Election Day. Absentee and mail-in ballot received by this new deadline will be tabulated if mailed by voters via USPS and postmarked by 8:00 pm on November 3, 2020.

Good news #3 – Chesco will have even more drop boxes

The use of satellite drop boxes, which Republicans falsely argued could be compromised, will have a bigger presence throughout Chester County. Officially, the Election Code permits county boards of election to accept hand-delivered mail-in ballots at locations other than their office addresses including drop-boxes. As soon as we have confirmation of where and when the drop boxes are to be positioned, we will share this with you.

What does all of this mean? Voting in Pennsylvania has truly evolved in just one calendar year. It was only last year (2019) that our state enacted no-excuse mail-in voting as part of a large election reform package. Most of you took advantage of this way to cast a ballot, especially with the pandemic raging in the Spring months. Still, more than 20,000 ballots statewide were not counted during our June 2020 primary because they arrived in Voter Services offices after 8 pm on Election Day.

You can bet that all of these changes are also expected to delay the ballot-counting process on November 3. Forecasters have warned voters not to expect results on election night, as has been customary in the past. Some predict weeks, maybe months, maybe all the way to the Supreme Court. Déjà vu 2000?

With the September surprise of Justice Ginsburg’s passing, we are in a whole new sphere. I cannot predict what this new week will bring us, but we will focus on the prize – electing Joe Biden, Chrissy Houlahan and our entire slate of Democratic candidates by a landslide. Let’s make it numbers so big we won’t need a court to settle things.

As we pause this Sunday to mourn a beloved Justice, I share a piece of The New York Times obituary, updated yesterday:

“Her late-life rock stardom could not remotely have been predicted in June 1993, when President Bill Clinton nominated the soft-spoken 60-year-old judge who prized collegiality and whose friendship with conservative colleagues on the federal appeals court where she had served for 13 years left some feminist leaders fretting privately that the president was making a mistake. Mr. Clinton chose her to succeed Justice Byron R. White, an appointee of President John F. Kennedy, who was retiring after 31 years. Her Senate confirmation seven weeks later, by a vote of 96 to 3, ended a drought in Democratic appointments to the Supreme Court that extended back to President Lyndon B. Johnson’s nomination of Thurgood Marshall 26 years earlier.

“There was something fitting about that sequence, because Ruth Ginsburg was occasionally described as the Thurgood Marshall of the women’s rights movement by those who remembered her days as a litigator and director of the Women’s Rights Project of the American Civil Liberties Union during the 1970s.

“The analogy was based on her sense of strategy and careful selection of cases as she persuaded the all-male Supreme Court, one case at a time, to start recognizing the constitutional barrier against discrimination on the basis of sex. The young Thurgood Marshall had done much the same as the civil rights movement’s chief legal strategist in building the case against racial segregation.”

RBG, as she would be known, was the second woman to serve on the Supreme Court and a pioneering advocate for women’s rights. How amazing that in her ninth decade she became a much younger generation’s unlikely cultural icon.

Here in Philadelphia, she was honored the night before she died. The National Constitution Center awarded “the 32nd annual Liberty Medal to the Honorable Ruth Bader Ginsburg, Associate Justice of the Supreme Court of the United States, for her efforts to advance liberty and equality for all.”

The video, which premiered on September 17, 2020, Constitution Day, and was produced by NBCUniversal, is also available on Peacock, NBCUniversal’s streaming service, as well as Xfinity On Demand. You can watch the 48-minute video here.

Thank you for all you contribute. Be safe.